Slovakians better in the second match

The women’s U-19 team of Bosnia and Herzegovina was defeated by the appropriate team of Slovakia with 0:2 in a friendly match in Senec today.

The first chance at the match had the elected players of Dragan Jevtić in the 18th minute. Irma Jusanović played Sofija Krajšumović who sent the ball asquint from the right side of the opponent’s penalty area besides the goal.

Slovakia took the lead in the 24th minute, when Stela Semanova got better in the crowd in BH team penalty area and sent the ball into the net from five meters distance.

By the end of the first half, both teams had several attempts at a distance, but without serious situations to score goals. 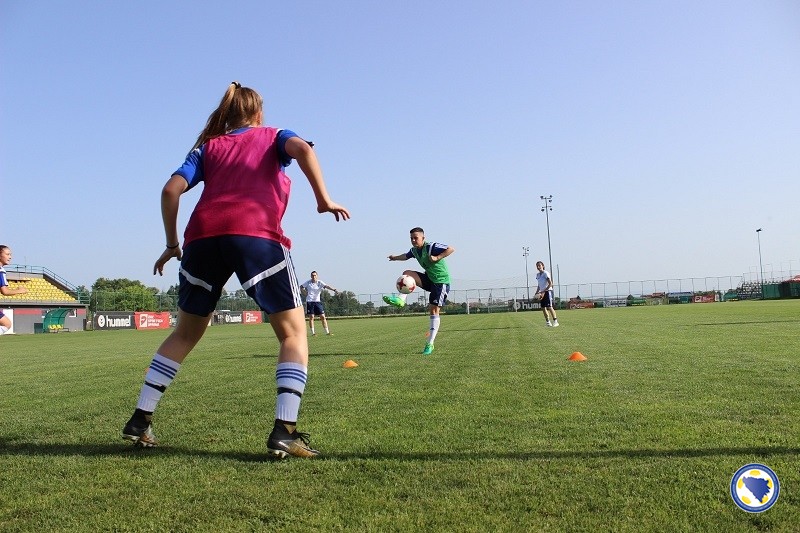 In the second half, the field initiative had a home team and created more opportunities, but the team of Bosnia and Herzegovina had also several good attempts.

Chloe Japić made a free kick from about 20 meters in the 73rd minute, but Vanesa Stachova defended her shot.

Slovakia doubled its lead in the 78th minute. Dianiškova hit the goalpost from the edge of the penalty area, and the ball bounced back to Sivčova who scored a goal.

Last chance for the BH team was in the 88th minute. Japić performed a corner-kick and Alma Šečić sent the ball by head from the five-meter area over the crossbar.

The first match of these teams was played two days ago and ended with a tie result of 1:1.