SFK 2000 Sarajevo winner of the Cup of Bosnia and Herzegovina!

The final match of the Cup of Bosnia and Herzegovina for the female seniors between Iskra Bugojno and SFK 2000 Sarajevo was played at the FF BH Training Centre in Zenica today. 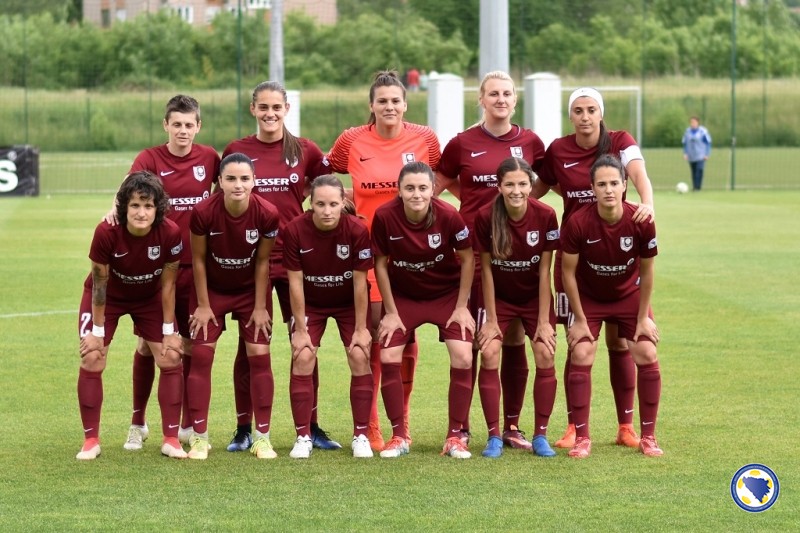 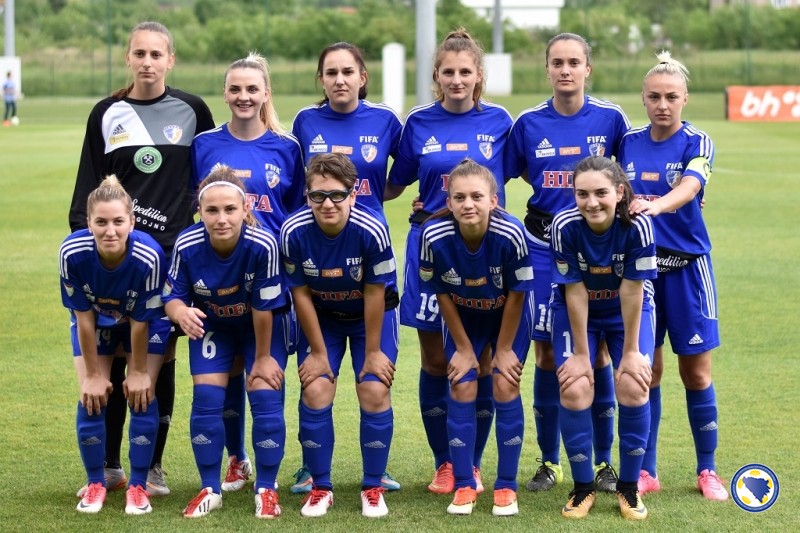 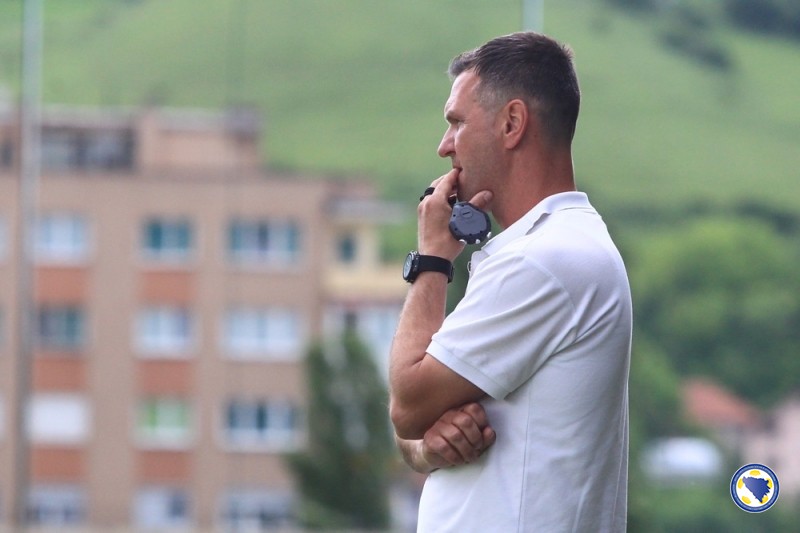 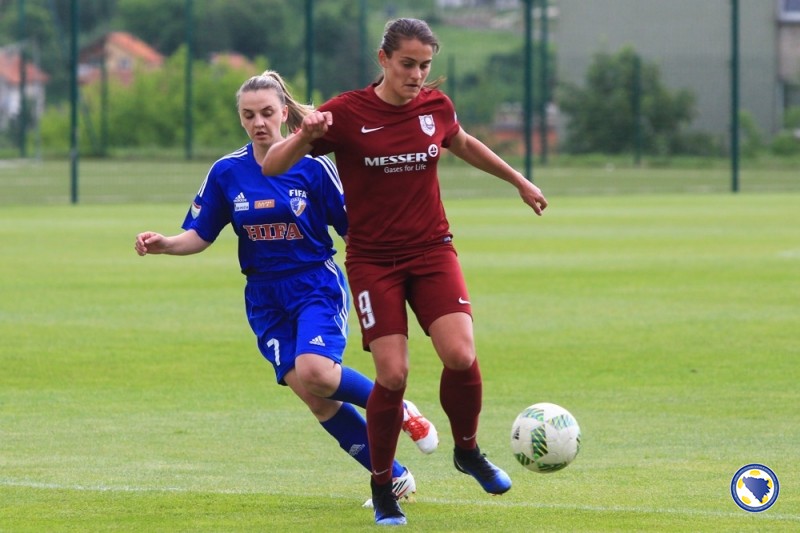 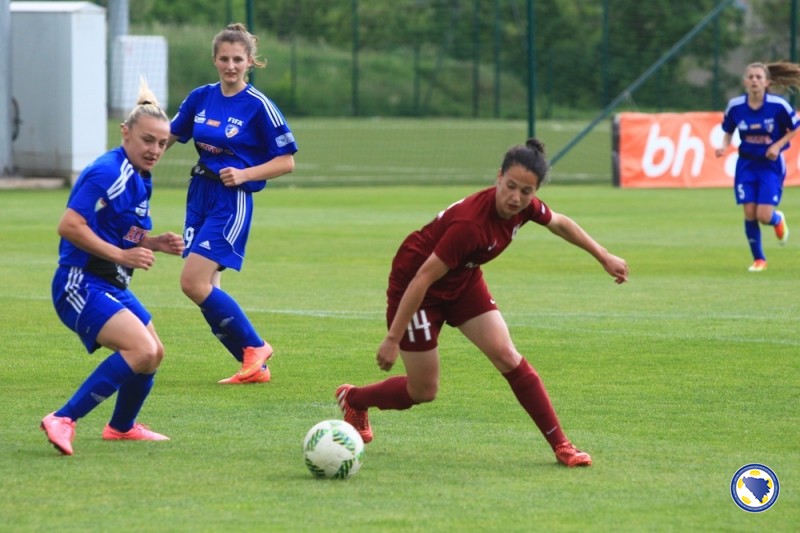 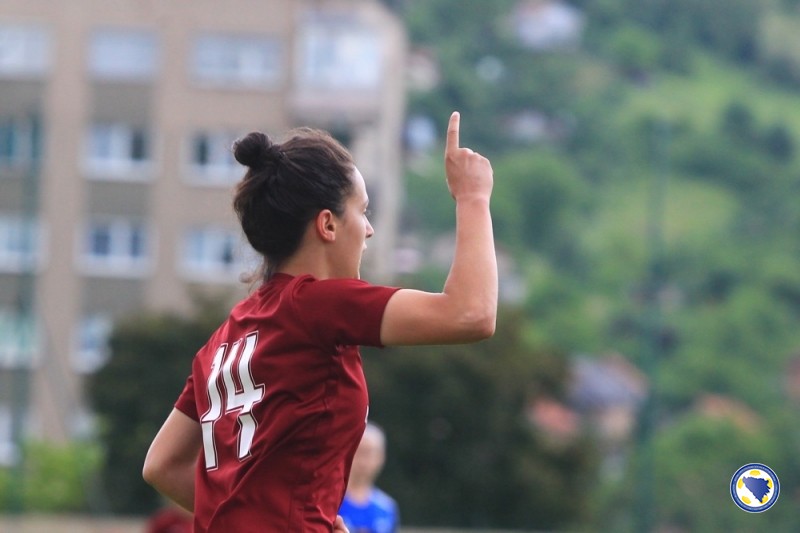 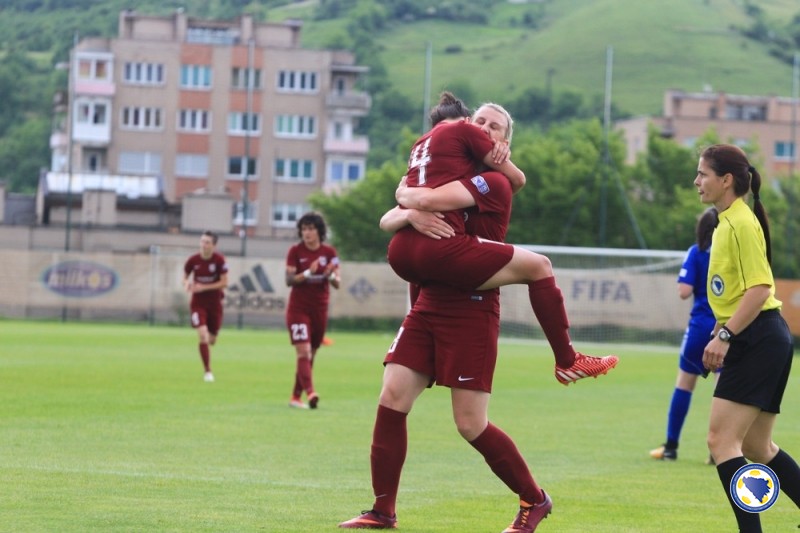 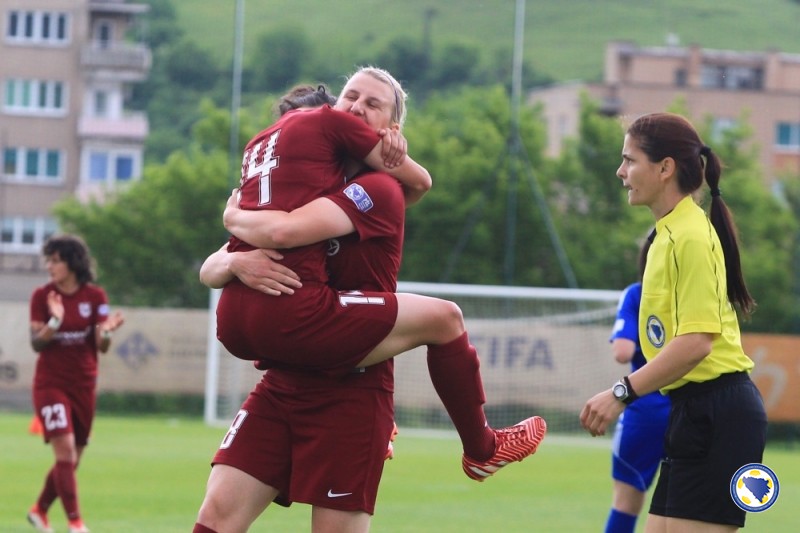 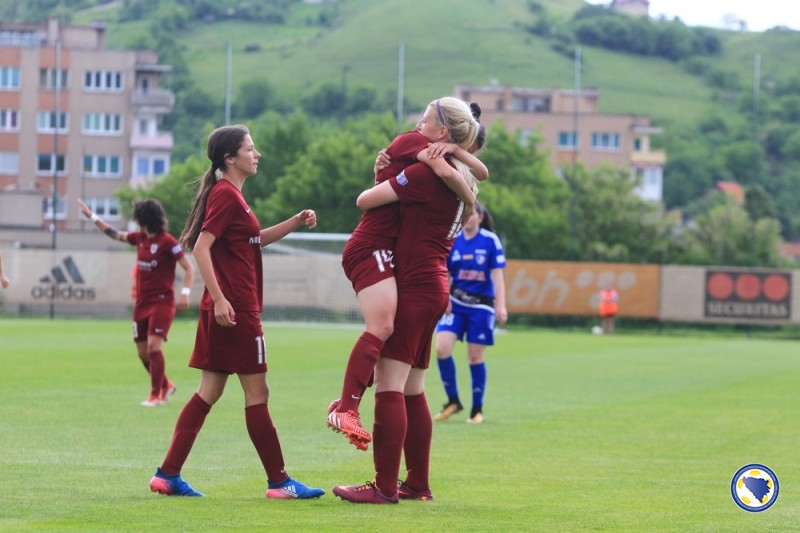 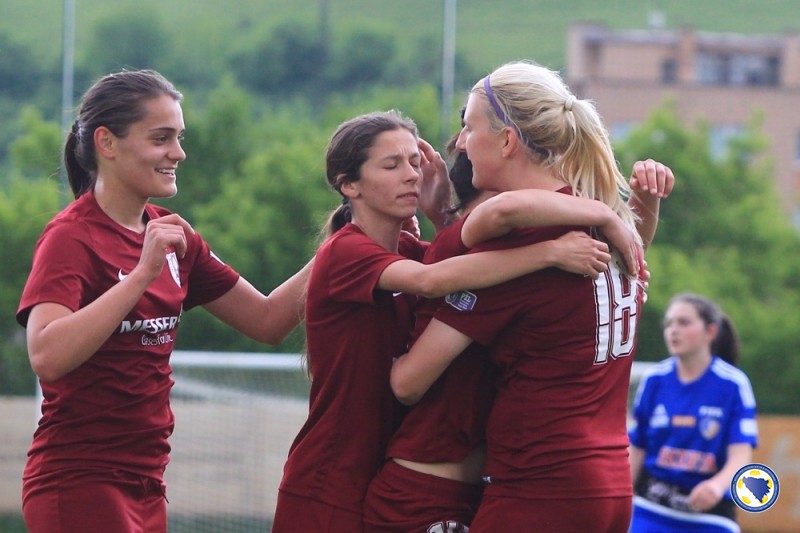 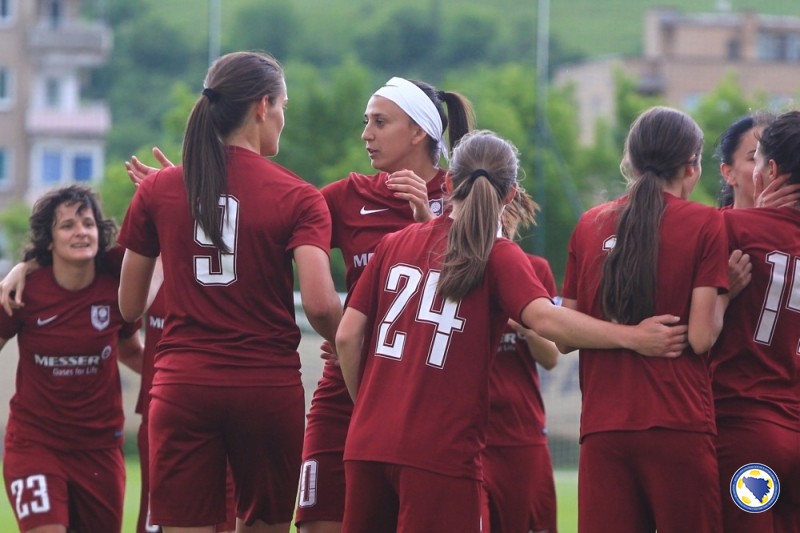 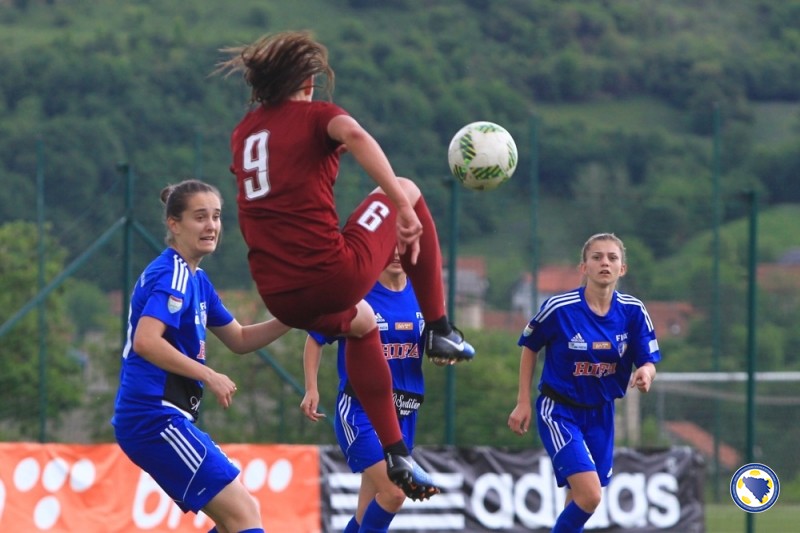 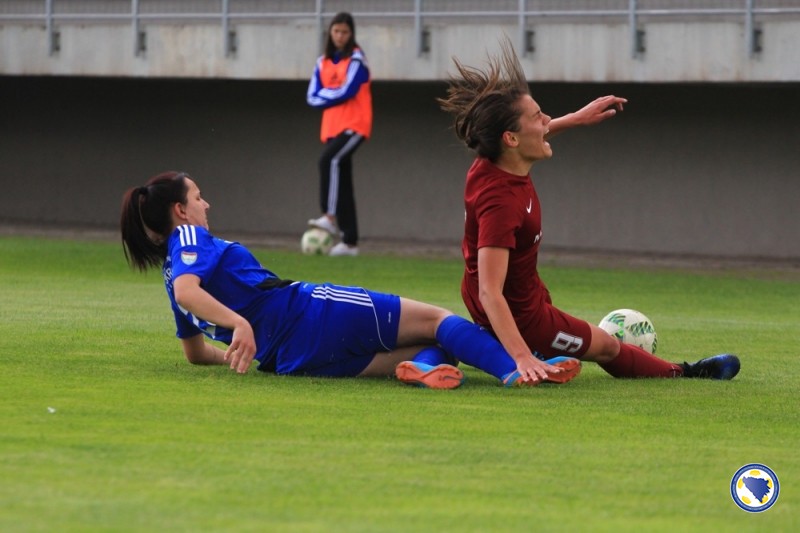 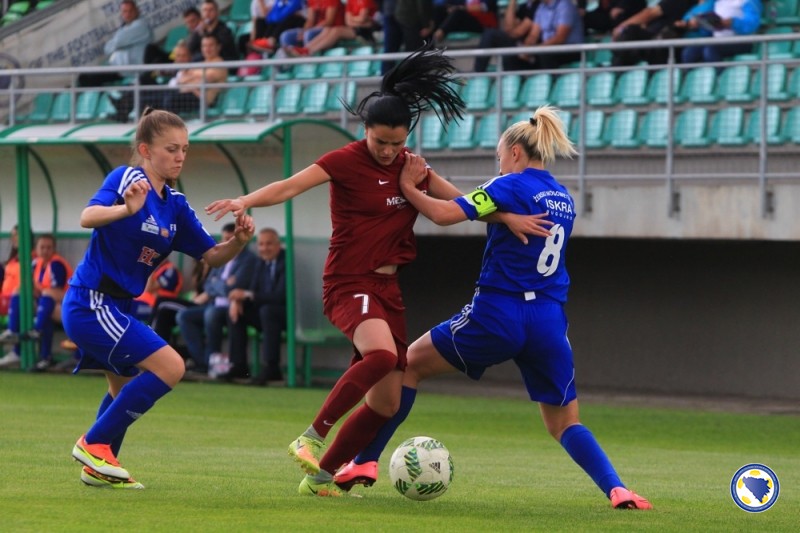 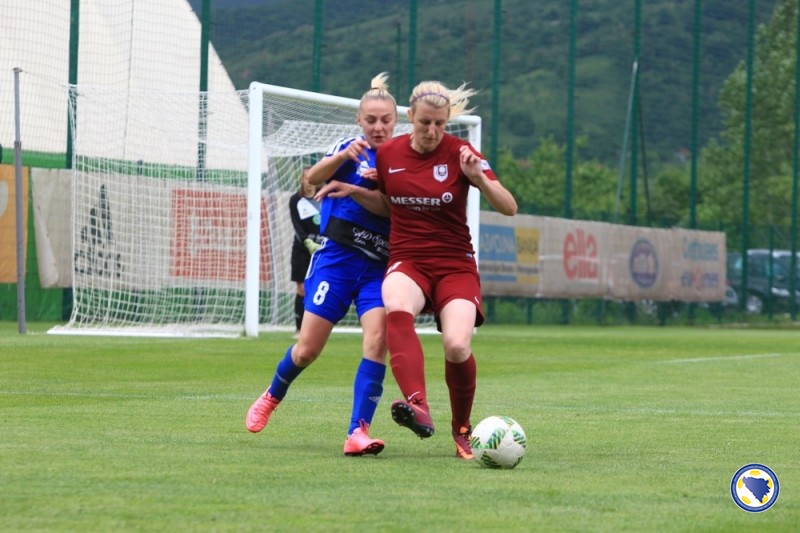 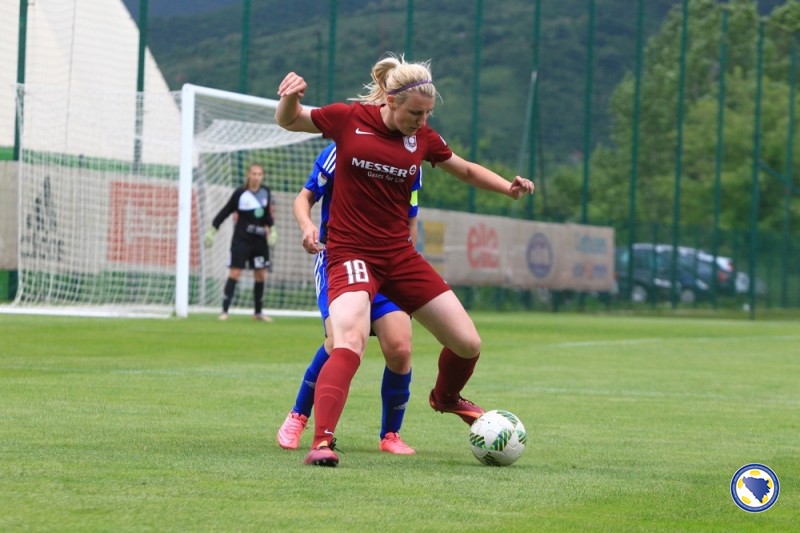 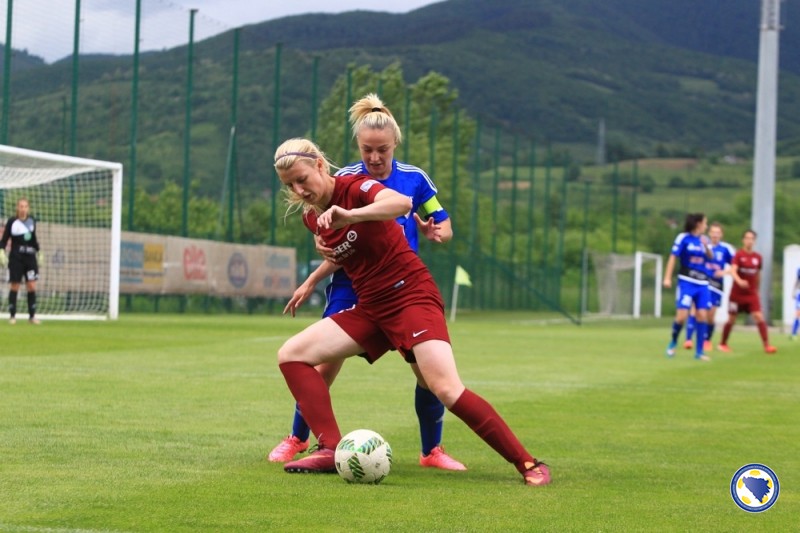 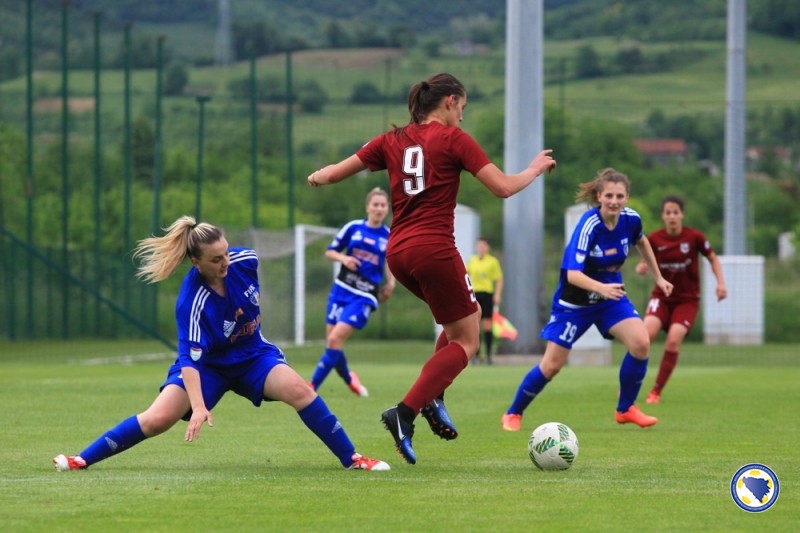 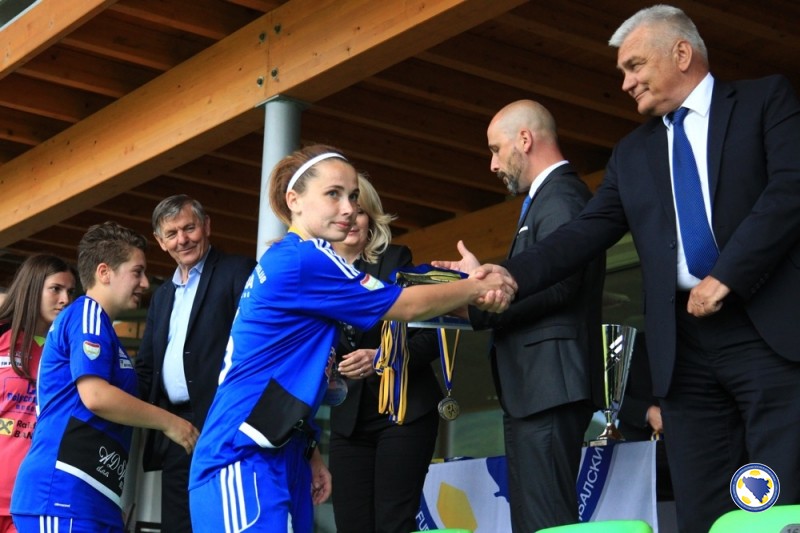 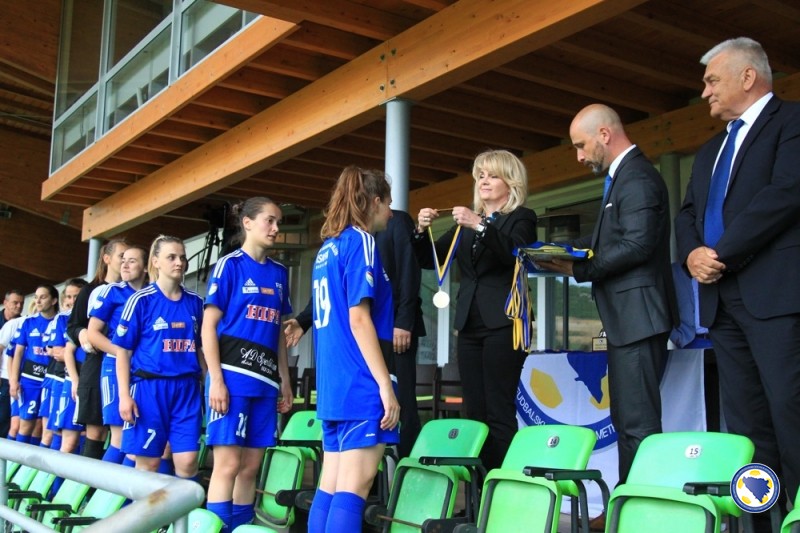 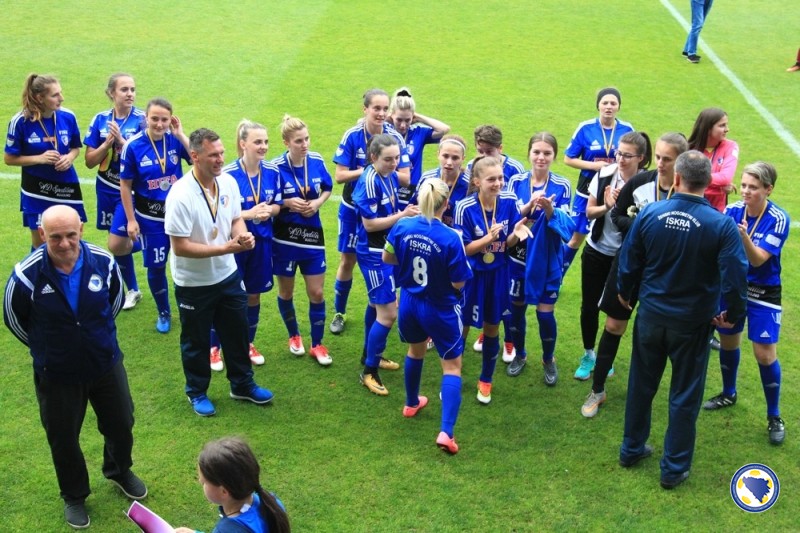 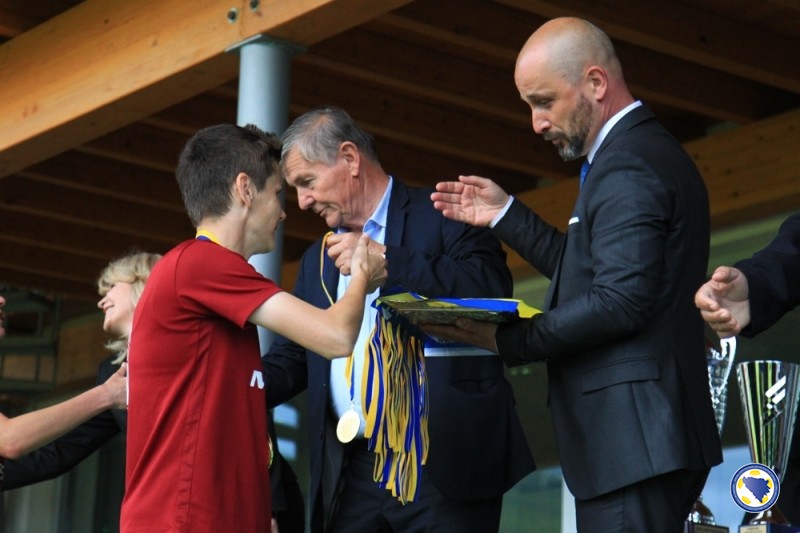 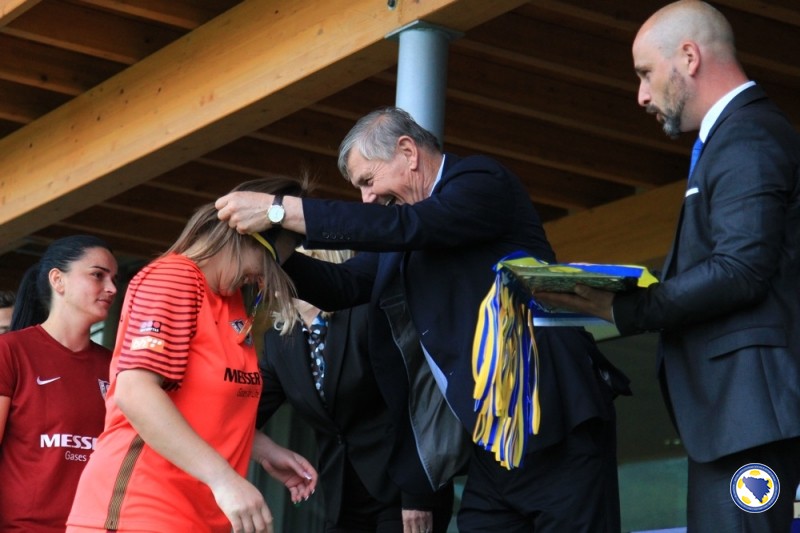 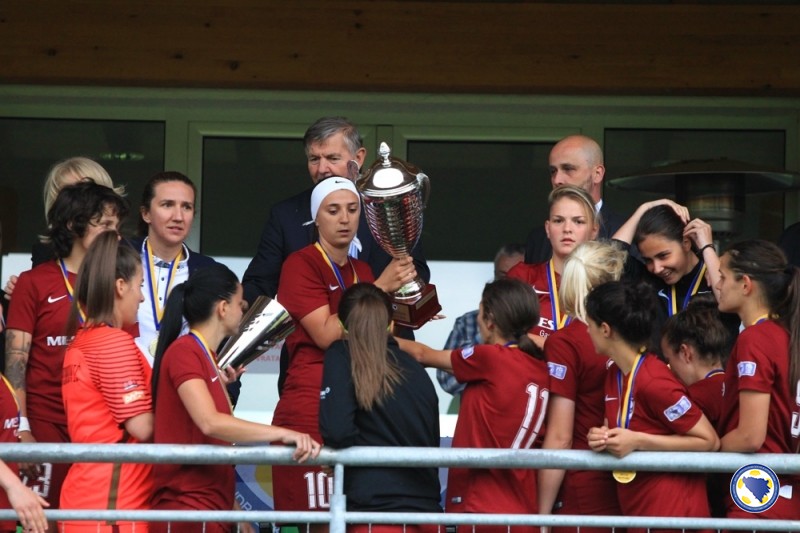 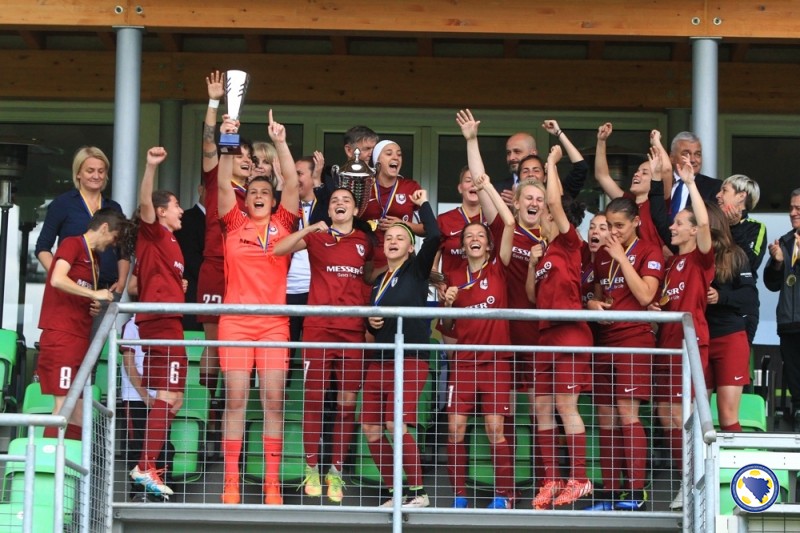 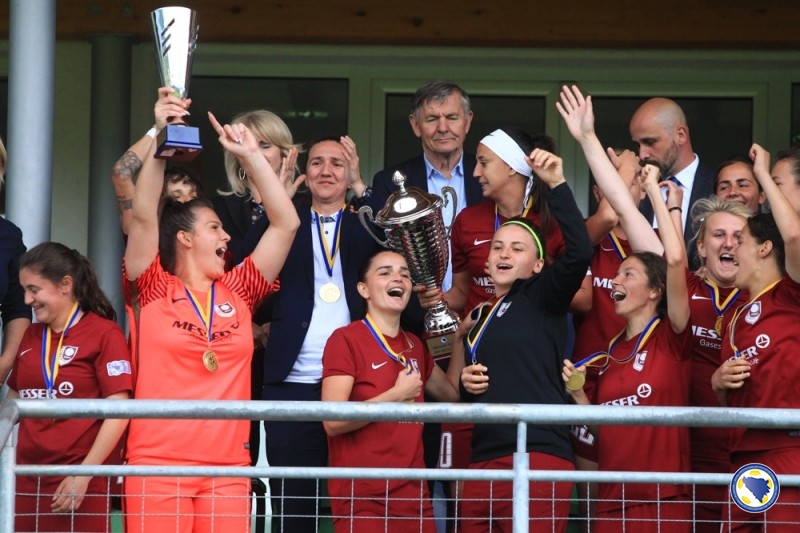 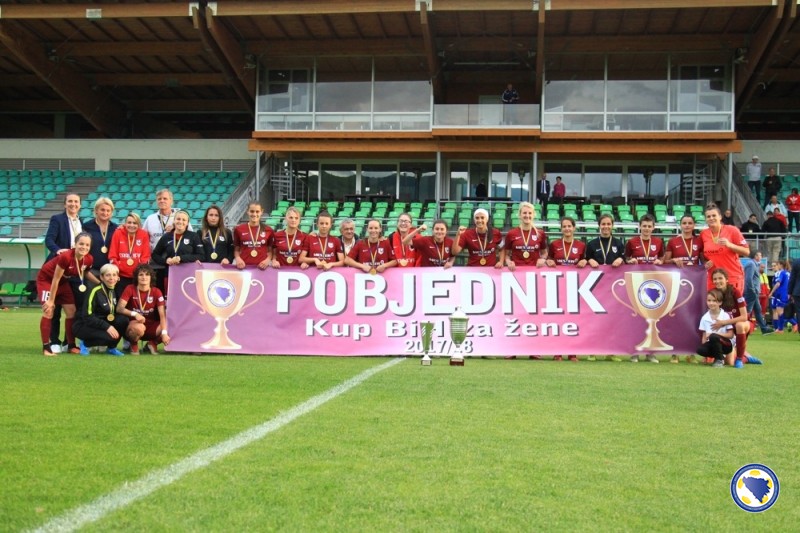 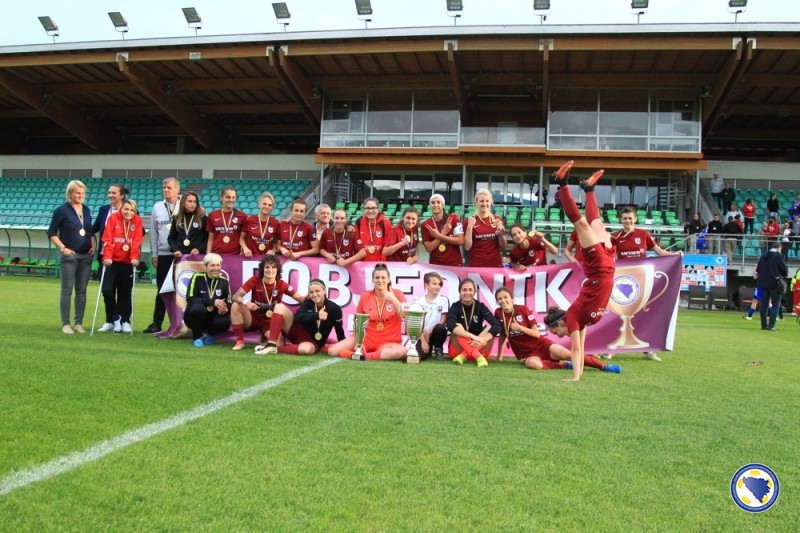 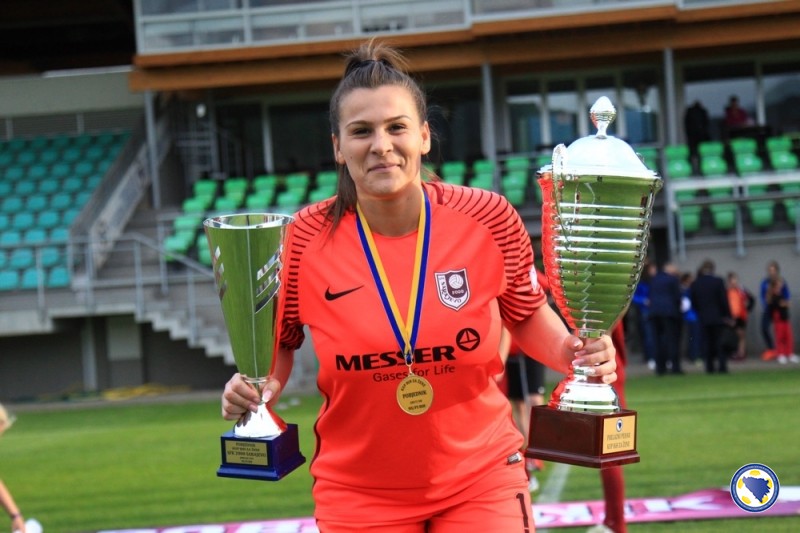 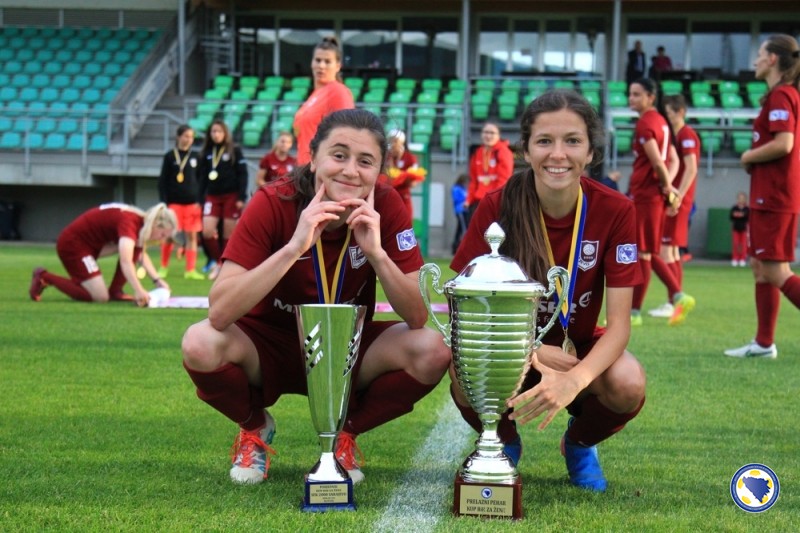 The Sarajevo team came to the advantage in the 9th minute. Mejrema Medić got the ball in the five-meter area, got rid of her keepers and hit the net of Elma Kundić for 1:0.

SFK 2000 team had several more chances in the opening minutes of the match, while Iskra threatened in the 21st minute for the first time, when shot of Lejla Koluh from the edge of the penalty area was stopped by Envera Hasanbegović.

The team from Sarajevo continued with attacks, and Jasna Đoković had a great opportunity in the 30th minute, when she undisturbed kicked from the left from about 15 meters across the goal. After a minute, Aida Hadžić tried from a distance too, but she was not precise.

In the 36th minute, Đoković passed on the left side and sent the ball on the opposite goal post to Aida Hadžić, who did not make mistakes and doubled the advantage of her team.

SFK 2000 scored the third goal in the 39th minute, when Tamara Bojat was quicker than defending players of Iskra, came in front of the opponent’s goal and sent the ball behind the back of Elma Kundić. She was assisted by Mejrema Medić.

SFK 2000 had the initiative also in the second period of the match, and Hadžić missed the best opportunity in the 57th minute, when she sent the ball by head from five meters beside the goal. Hadžić tried two times from distance, at the 80th and 83rd minute. Kundić stopped her shot the first time, and the second time the ball went very close to the goal post.

In the additional time, the opportunity for Iskra was missed by Marina Lukić, when she kicked from the right side directly into the well-positioned Envera Hasanbegović.

After the match, Samira Hurem, the head coach of the winning team, said: “We deserved to win the trophy. We can be happy with the game in the first half, my players were highly motivated. Afterwards, the rhythm of the game fell and everyone seemed to be waiting for the end. I expected more from the Iskra team, which is still the third in the Premier League table. We are a team that works, trains a lot, and that’s why we are where we are.”